We share the interview of the Instituto Balseiro with Ing. Nicolás Hernandez 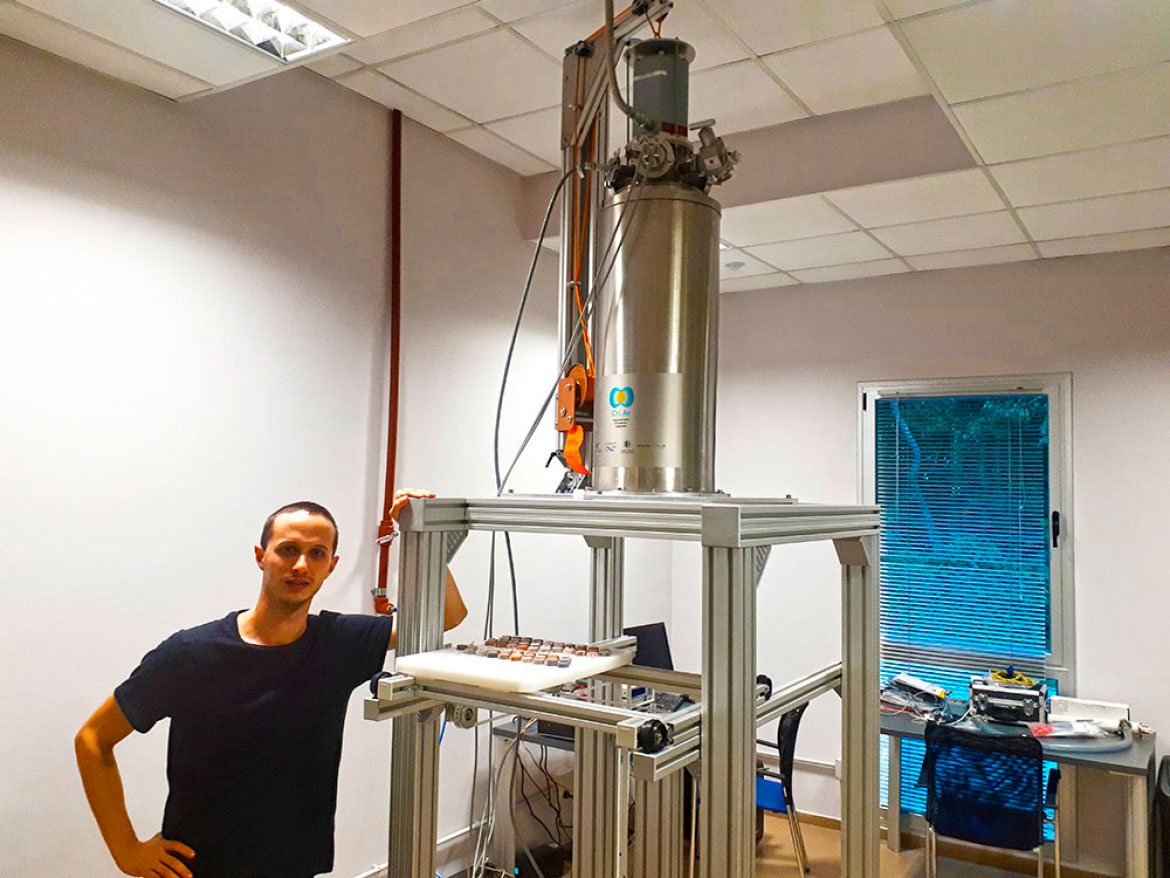 We share the interview of the Instituto Balseiro with Ing. Nicolás Hernández:

“MECHANICAL ENGINEERING ALLOWS US TO ENTER INTO VARIED FIELDS OF KNOWLEDGE”

Native of the city of Salta, Nicolás Hernández entered the Mechanical Engineering Department at the Instituto Balseiro (IB) in 2008, after fulfilling the requirement to pass the first two years at another university. In this interview, he tells us what his professional career has been since he graduated, what he is currently doing and what he likes the most about Mechanical Engineering.

Nicolás Hernández is 30 years old and received his degree in Mechanical Engineering from the Instituto Balseiro 7 years ago. The first two years were held at the National University of La Plata. In Balseiro, like all the other students, he was awarded a grant from the National Atomic Energy Commission (CNEA).

The integrating project to complete his career at Balseiro was the development of a machine for performing in-situ mechanical tests in a scanning electron microscope (SEM). His director was Alejandro Yawny and his co-director, Horacio Mendieta. The work was done in the Division of Metal Physics at the Centro Atómico Bariloche (CAB).

In 2011, once graduated, he decided to enroll in a Master’s Degree in Engineering from Balseiro and received an advanced scholarship (A1 P) from the CNEA. In his master’s degree, he developed an automatic positioning system for temperature sensors for the critical heat flow circuit and also designed temperature sensors, among other activities, in the Thermohydraulic Department of the Centro Atómico Bariloche. His scholarship ended in 2014.

– What was your experience once you finished your studies?

– I founded a startup engineering company with two IB career colleagues. It is called Endeavour Ingeniería and provides services and develops technologies for different sectors of the aerospace, nuclear, Oil & Gas and other industries. In 2017, I fulfilled the role of “Project Leader” in the mixed public-private company LaTe Andes, a mixed public-private company formed by GEOMAP S.A. and CONICET. The project involved researchers from the Low Temperature Physics Division of the CAB, led by Dr. Julio Guimpel, the Magnetic Resonances Division of the CAB and the staff of Endeavour Ingeniería SRL.

– What that project in LATE ANDES consisted of?

– The CriAr project consisted in the development of a cryogenic rock magnetometer, which until now was produced by a single company worldwide, in California. The magnetometer is operational at the LaTe Andes headquarters in Salta.

– What are you doing now?

– Currently, I am a managing partner at Endeavour Ingeniería. I’m also a technical advisor at LA.TE. ANDES. We are now developing another project there, Cron.Ar, for the implementation of rock dating using the techniques of U-Th-Sm/He and U-Pb using laser ablation systems and mass spectrometry (LA-ICP-MS). It’s the first time in Argentina that a project of this type is carried out.

– What is Mechanical Engineering for you?

– It is a broad and multifaceted career that allows you to interact with a large number of professionals, applying knowledges from various areas of science, such as physics, chemistry, mathematics and economics, to provide solutions to complex problems in a structured and systematic way.

– What do you like most about being a Mechanical Engineer?

– What I like the most about being a Mechanical Engineer is the broad formation that allows you to enter into varied fields of knowledge. This leads to having formal learning tools from different scientific fields and being part of complex scientific and technological projects where actors with different specific formations take part.

– What do you think about the training you received at Instituto Balseiro? What do you value more, after these years?

– One of the things that I value most today is the basic training received there, because it allows absorbing new knowledge in a tremendously effective way. In addition, it provides the tools for the appropriation of that knowledge, beyond the formative content of the subjects at the end of the career. In my professional practice, the experimental training received in the career was also extremely valuable, which gives a fundamental basis for the effective analysis of data and its causal relationship with the real world phenomena. It is an invaluable tool difficult to find in other universities, in quantity and quality.

– What advice would you give to students who are about to receive the same degree?

– Interact and learn with professionals formed in other fields. When a new project is started, it is usually necessary to incorporate knowledge from other areas practically from scratch. This happens both in activities related to the industry, such as the structural analysis by laser survey of drums of delayed coking carried out by Endeavour Ingeniería, as well as in technological developments, such as in vacuum techniques, low temperatures and measurements of magnetic properties in the Cri.Ar project, and mass spectrometry, laser ablation and cathode luminescence in the Cron.Ar project.